By EL RaskumarJanuary 24, 2023No Comments 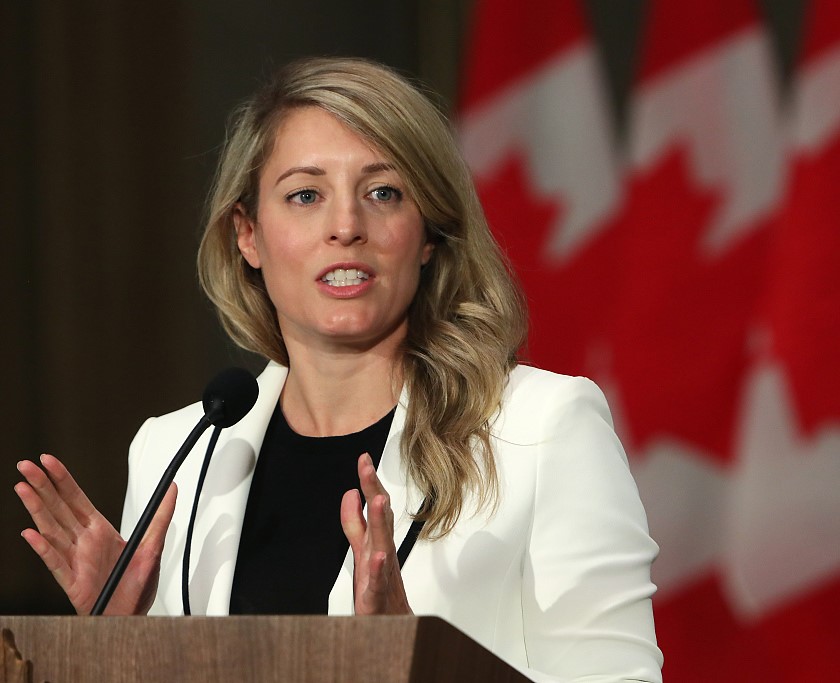 Three days after Canada announced it would be facilitating a long-sought peace process for the armed conflict in Cameroon, the government of Cameroon has dealt a severe blow to the process by denying the substance of the Canadian announcement.

The bizarre reversal came on Monday evening after three days of silence by the Cameroonian government. The government rejected the announcement by Foreign Affairs Minister Mélanie Joly, which had been released by her office on Friday, apparently with the approval of all parties to the conflict.

“The Government of the Republic of Cameroon informs national and international community that it has not entrusted any foreign country or external entity with any role of mediator or facilitator to settle the crisis in the Northwest and Southwest regions,” said the statement, issued by Communications Minister René Emmanuel Sadi.

“It is first and foremost up to the Cameroonian people, to the institutions and leaders that they have freely chosen, to seek appropriate ways and means to address problems facing our country,” the statement said.

On Friday, in her announcement of the Canadian role, Ms. Joly said that the Cameroonian government was among the parties that had agreed to a formal peace process with Canadian mediation. “Canada has accepted the mandate to facilitate this process,” she said in the announcement.

Over the past three days, she also repeatedly tweeted a positive reaction to the Canadian announcement.

It was unclear why exactly the Cameroonian government had backed out of the agreement. On Monday evening, Ms. Joly’s press secretary Adrien Blanchard said: “We are in touch with the parties and our previous statement still stands.” Representatives of Cameroon’s government had attended all of the earlier meetings in Canada that led to the agreement, he said.

The worsening conflict between Cameroon’s security forces and separatist groups in the primarily English-speaking regions of Northwest and Southwest Cameroon has killed more than 6,000 people and forced more than a million to flee their homes since the conflict erupted in 2016. About 600,000 children have lost all or some of their access to schools.

The Canadian announcement on Friday, which followed a series of secret meetings with Cameroonian delegations in three Quebec and Ontario locations over the past four months, had sparked widespread optimism from many Cameroonians, including Ambazonian leaders.

It was also welcomed by senior British and U.S. diplomats, and even by Pope Francis, who praised the agreement during an address on Sunday.

Just hours before the Cameroonian government denied the agreement, the U.S. embassy in Cameroon had said it commended the government and all parties in the talks “for their courage in taking this important positive step toward a sustainable peace.” The British high commissioner in Cameroon, Christian Dennys-McClure, said the announcement of peace talks was “a very welcome development.”

But analysts had always worried that the Cameroonian government might not be fully committed to the peace talks and might prefer to keep pursuing a violent crackdown on the separatist forces.

The government denial on Monday “should not be taken as a surprise” but is still “a major stumbling block toward peace in Cameroon,” according to Chris Roberts, a University of Calgary scholar and Africa specialist who has worked on Cameroon issues.

“I assume Canadian officials and others in the international community were prepared for this denial, given the regime’s track record,” he told The Globe. “Now the real diplomacy begins.”

Last September, the Cameroonian government had pulled out of a Swiss-mediated peace process that had begun in 2019.

The government is led by long-ruling 89-year-old dictator Paul Biya, the oldest head of state in the world, who has dominated the country for the past 41 years.

Cameroonian human-rights lawyer Agbor Nkongho, who has documented atrocities in the conflict, urged all sides to remain calm after the government’s reversal. “The forces of evil can never triumph,” he said on Twitter on Monday. “Let us keep hope alive.”