By Daniel AbugahNovember 29, 2022No Comments 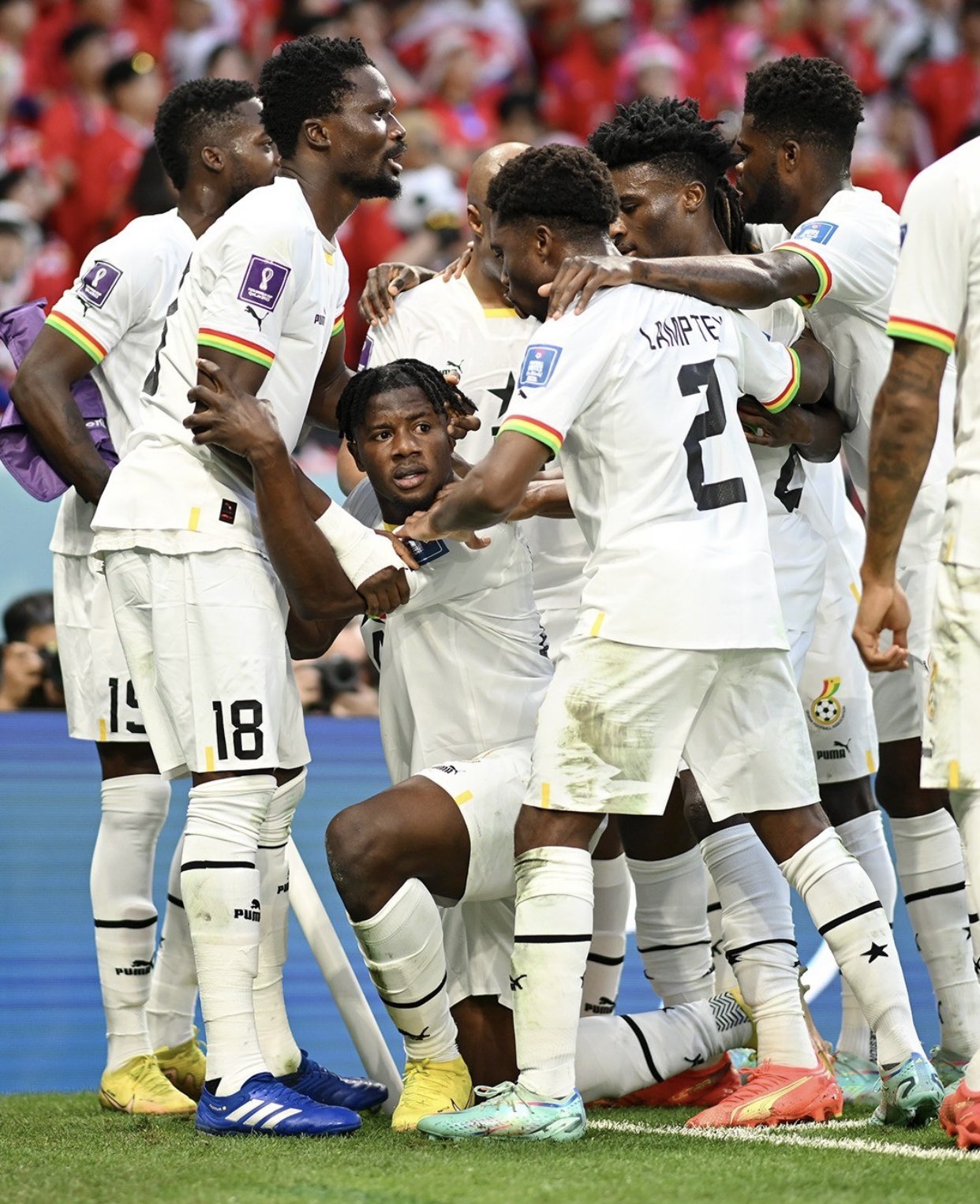 Ghana’s national team, the Black Stars, on Monday, November 28 registered their first win with 3 goals to 2 against South Korea in their second Group H game in the ongoing Qatar 2022 World Cup tournament.

Mohammed Salisu and Mohammed Kudus scored the first and second goals respectively to earn the Black Stars their first points of the 2022 FIFA World Cup.

After Mohammed Kudus gave the Black Stars their second goal to put them in a comfortable lead into the end of the first half, the team later got to the brink of losing their confidence in carrying the day when the South Korean side managed to level the two goals.

However, a brilliant team play from the Ghanaian squad saw Kudus again coming up with the 3rd goal for the Black Stars.

Earlier in a press conference in Doha on Sunday ahead of Monday’s match against the South Koreans, Black Stars coach Otto Addo was optimistic that his boys had what it takes to win the match, and indeed it turned out so.

“We will see a very passionate team. We will see the passion which we saw in the last match against Portugal. I am happy to have a team which is willing to learn and work hard every day to get better”, he said.

Ghanaian President Akufo Addo visited the Black Stars before their first match against Portugal last week, urging the players to give their all and make the country proud at the tournament.

Ghana lost to Portugal by 3-2 in their first Group match on Thursday, November 24. With the 3-2 win, the Black Stars will face Uruguay in their last game. That encounter is a must-win for the Black Stars if they plan to sail to the next stage of the tournament.