By Dicta AsiimweOctober 15, 2022No Comments 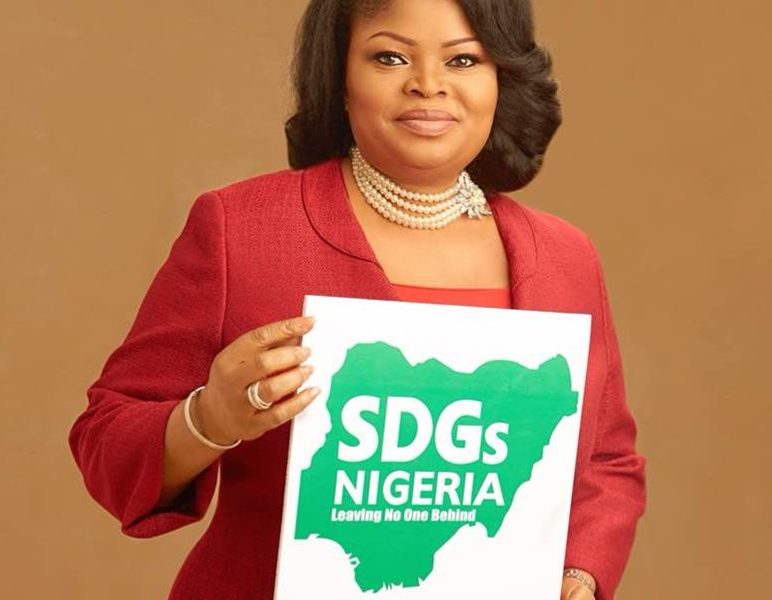 Nigerians have blamed corruption in the Office of the President for the country’s poor performance when it comes to the implementation of the United Nations’ Sustainable Development Goals (SDGs). Nigeria’s SDGs Index Rank is number 139 out of 163 member nations with an index score of 54.23 per cent.

In the SDGs report, which the United Nations released in July 2022, Nigeria performed worse than smaller and poorer countries such as Rwanda, Ghana, Burkina Faso, Eswatini, Togo, Cameroon, Cote d’Ivoire, and Senegal among others.

According to civil society, Nigeria has been so poor at the implementation of these goals intended to end poverty, protect the earth, and bring peace and prosperity for all, because of corruption at the Office of the Senior Special Assistant to the President on SDGs (OSSAP-SDGs.

Timescape magazine understands that since the adoption of the Sustainable Development Goals (SDGs) in September 2015, Nigeria promised to demonstrate its commitment to achieving global goals through leadership and ownership of the implementation process.

Part of that leadership included the President establishing an office that would directly report to him so that the country could meet the set targets under these goals.

The Office of the Senior Special Assistant to the President on SDGs (OSSAP-SDGs) was supposed to help Nigeria implement programs so that Nigeria could live up to the promises made to the United Nations.

According to anti-corruption activists, however, OSSAP-SDGs under the leadership of the former Deputy Governor of Lagos State, Princess Adejoke Orelope-Adefulire chose instead to spend the monies it was allocated on corrupt dealings.

Victor Chinasa, President of Anti-corruption Advocacy International (AAI) says his organization investigated and discovered that those managing OSSAP-SDGs are not transparent and have designed several fraudulent methods to fleece the SDGs project office.

“In the course of our investigations that took several weeks, we discovered that the top officials have been conniving with contractors to steal from the commonwealth. There are several cases of double payments through the two official payment platforms of the Federal Government of Nigeria,” he says.

Dr Tony Smith, an officer in charge of investigations at AAI talks about the case of Exceed Klass Limited, a company that OSSAP-SDGS contracted to construct six classroom blocks and toilets at Aliyu Mustapha primary school in Adamawa State. Exceed Klass Limited was to be paid N105.4 million ($271,752.4), but investigations by AAI found that the company was paid double the contract price.

To make matters worse, Dr. Smith says further investigations by the AAI team revealed that the project site did not exist, even if Exceed Klass Limited was paid double the contract amount for delivering the work.

“We came to realize that the project site, Aliyu Mustapha Primary School, Yola, Adamawa State does not exist at all. What we have in Yola South is Mustafa Primary School, Bako ward. This is a public primary school and Aliyu Mustafa Academy, is a private school. Our fact-finding team confirmed the non-existence of any OSSAP-SDGs project in the school,” says Smith.

He adds that through their investigations, AAI discovered another company known as Elgadi Globa Ventures Limited that was also paid N73.6 million ($168,866) for classroom blocks and wall fencing at the non-existent Aliyu Mustafa Primary school.

To try and hold officials at OSSAP-SDGs accountable, Dr. Smith says his organization has petitioned the office of the President through the chief of staff. AAI has also petitioned the Minister of Finance and her counterpart in the Ministry of the Humanitarian, Economic, and Financial Crime Commission (EFCC) for answers and accountability from officials at OSSAP-SDGs.

“It is unfortunate that all this is happening under a government that prides itself in fighting against corruption in Nigeria,” says Akinloye Olumide, a Lagos-based economist.

According to Olumide, the government of Muhammadu Buhari pays lip service to the fight against graft.

“Nigerians are waiting to see how this will end,” he says.

Johnson Akpan, a public affairs analyst based in Abuja wants the United Nations to take interest in this latest case.

“We cannot continue to get funding from the international community for some people to cart it away in their private pockets,” says Akpan.